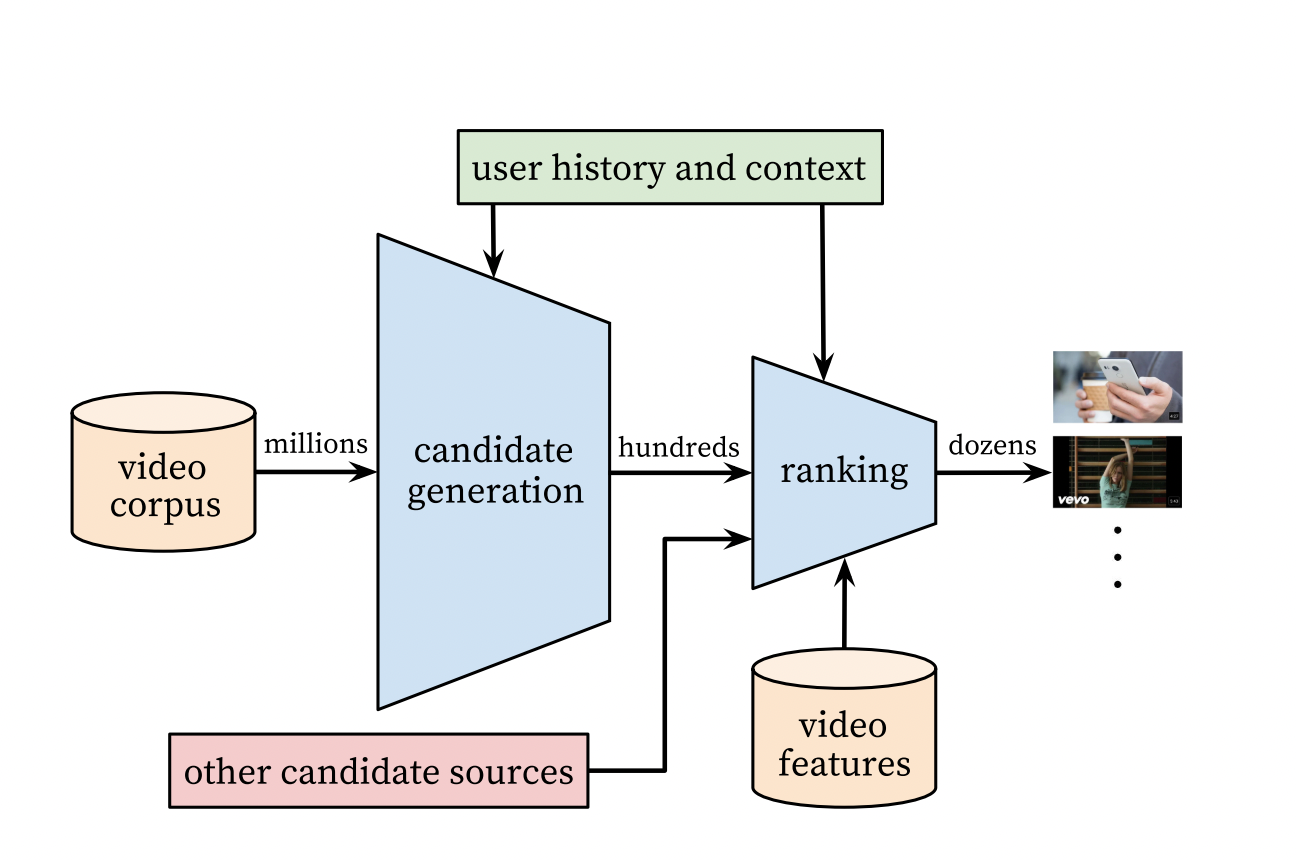 YouTube has 100m+ daily active users who consume more than a billion hours’ worth of content every day. 100s of hours of videos are uploaded every second. At that scale, recommending personalized videos is a colossal task.

I’ve always wondered how YouTube is always able to come up with relevant recommendations that kept me hooked! I found a very interesting paper on Deep Neural networks for YouTube Recommendations. In this post, I will summarise the key ideas.

To able to come up with relevant & personalized recommendations for every user is a problem because of:

In this paper, the authors demonstrate the usage of deep learning techniques for improving recommendations as opposed to matrix-factorization techniques used earlier. 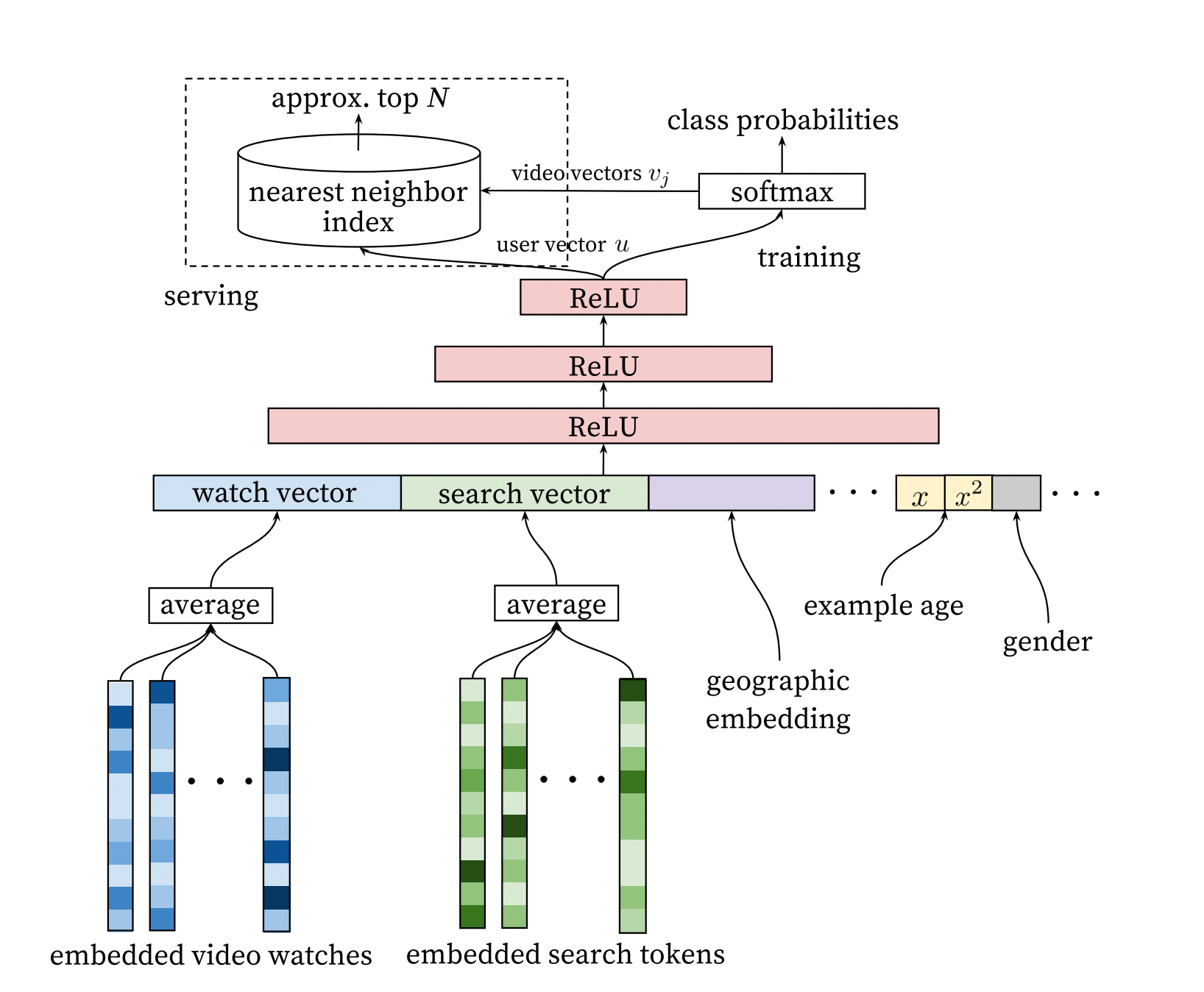 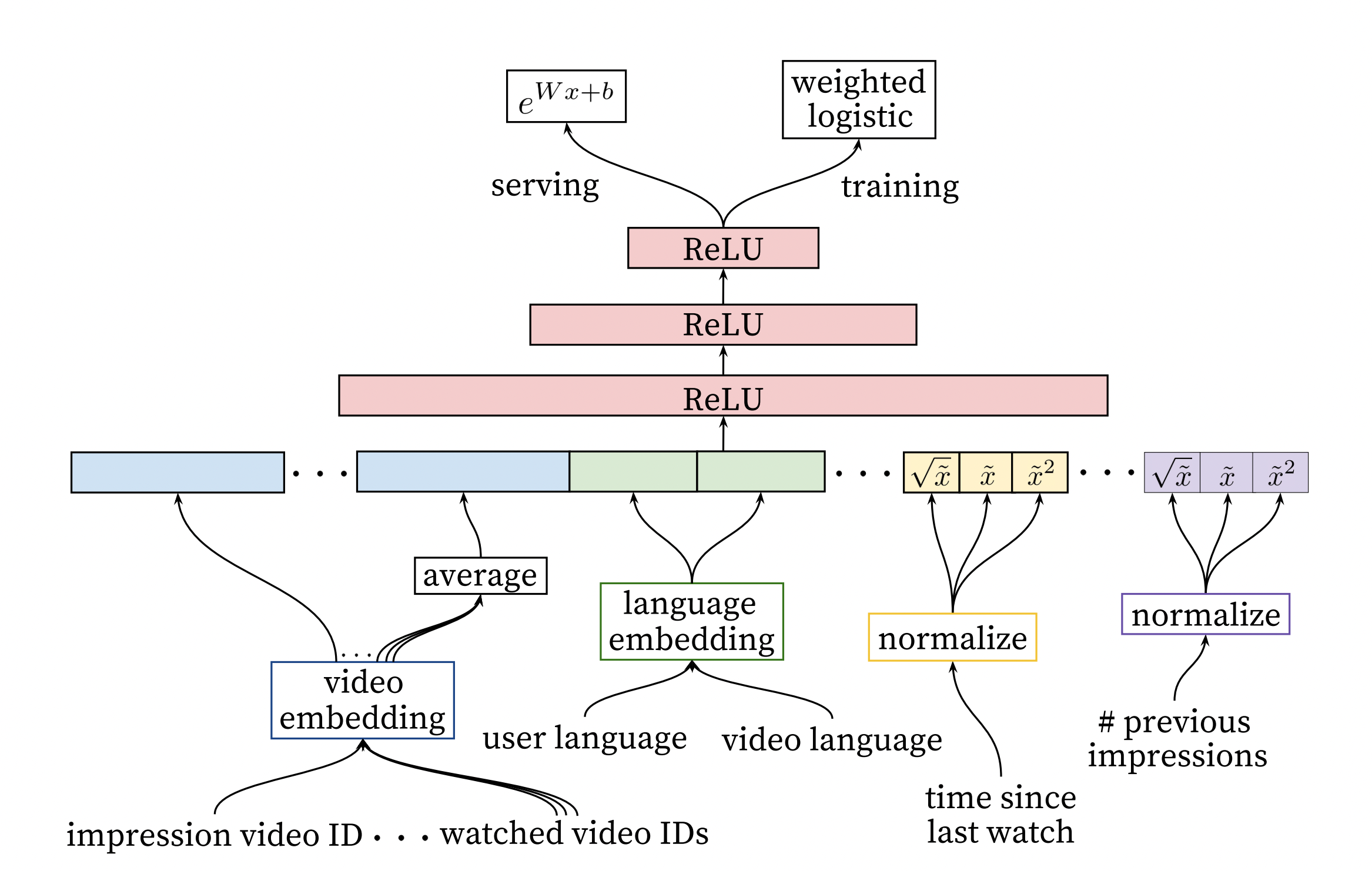